Chula Vista Criminal Attorney is a criminal defense law firm that helps defendants accused of violating the California Penal Code. We routinely defend the accused against criminal charges for offenses such as driving under the influence, child abuse, domestic violence, rape, sexual assault, robbery, burglary, and fraud. We have achieved favorable results in our cases, including dismissal or reduction of charges, acquittal at trial, and reduced or alternative sentencing for our clients. You can contact our legal defense team for help with your case at 619-877-6894. 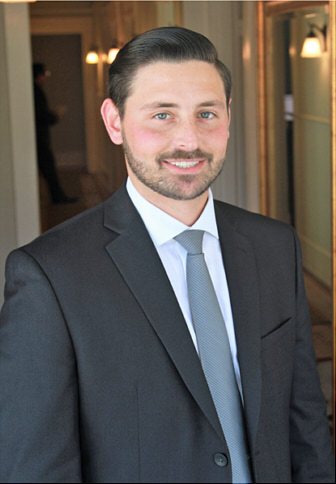 Ari S. Lieberman is an Associate Attorney at Sevens Legal, APC. Mr. Lieberman was born and raised in Houston, Texas, and is a third-generation criminal defense attorney. He has committed himself to defending individuals accused of committing crimes and will fight to protect their rights and civil liberties.

Mr. Lieberman’s practice includes defending a variety of criminal charges, in both state and federal court. Both, as a criminal defense attorney and prosecutor, Mr. Lieberman has experience trying misdemeanor and felony jury trials. Mr. Lieberman has managed to apply his negotiation skills to obtain favorable results for his clients. In some instances, persuading the prosecutor to dismiss a case altogether and successfully negotiating reduced charges. His reputation has earned the respect of judges and prosecutors as a litigator that will not be intimidated by complex legal issues or evidence.

We serve anyone charged with a crime in Chula Vista. Our law firm consists of highly qualified defense lawyers, who have a vast history of handling many types of criminal cases successfully. We collaborate with our team in defense cases to provide the best legal representation that our clients deserve.

We help you from the moment we sign you up as a client. Before that, we offer a free consultation where we answer all the questions you have about our law firm and the services we offer. If you choose to work with our law firm after the first consultation, we will begin preparing for your case.

The process looks different for different crimes. For example, if you face DUI charges, we will schedule a DMV hearing before we begin gathering the evidence for the offense. For all our cases, we conduct our separate investigation.

If needed, our private investigators will visit the crime scene, question witnesses, and talk to the law enforcement officials who handled the crime. We will read the police report and ask you questions as well.

Our firm has a reputation for getting all our facts straight in every case we work on. We want to ensure that the strategy we develop is the best it can be.

The sixth amendment right gives you the right to legal representation, among other rights, when you are under investigation or charged with an offense. However, few people understand their rights

The consequence is usually that they end up confessing to crimes they did not commit or being convicted harshly for a minor offense. Most defendants take the police as their friends and prosecutors as people who are there to grant your freedom.

Helping defendants uphold their rights and get the right legal counsel is one of the Chula Vista Criminal Attorney motivations. Our goal is to educate defendants on their rights and protections they enjoy under the constitution even when they face charges for an offense.

We will protect your rights by:

We are a criminal defense law firm that works with people looking for a private defense attorney to help them. Our clients are located in Chula Vista and the surrounding areas. You can benefit from our services if you are under investigation or are facing charges for an offense, with the common offenses we defend being:

We also help you with other legal matters apart from the legal defense. You can contact our law firm if you need a record expunged or sealed.

We offer a free first consultation where we determine whether we are a good fit for you and whether the charges you are facing fall under our service umbrella.

WE TAKE EVERY OPPORTUNITY TO BUILD A STRONG
CASE FOR YOU AND YOUR LOVED ONES.

WE TAKE EVERY OPPORTUNITY TO BUILD A STRONG CASE FOR YOU AND YOUR LOVED ONES.

At Chula Vista Criminal Attorney, we make it easy for clients to work with us. We have a straightforward process with clear terms that all our clients understand.

We offer a free consultation for our clients and attorneys to determine whether we are the right fit for each other. We do not take all the cases that come to us. Instead, we pick the cases that match our expertise in criminal defense. For instance, we might handle your domestic violence case but cannot handle your custody case.

If we are the right fit for each other, we will start working on the case immediately. We begin with the investigations and information gathering process to understand your side of the story and the crime you allegedly committed.

We do not disclose any of the information you share with us, as it is bound by our attorney-client relationship. Some clients wonder whether they are obligated to disclose their guilt or innocence to their attorneys. Our firm focuses not on your guilt but on what the evidence and facts of the case indicate. Our job is to defend you zealously and work for the best possible outcome.

We collaborate with other attorneys on our team to develop a solid defense strategy to fight your charges. Our attorneys are master negotiators who will engage the prosecution as they seek a positive outcome for our clients. When the pretrial negotiations fail, we proceed to trial, where our attorneys will continue representing you zealously until the completion of the case.

Find a Reliable Criminal Attorney Near Me

Finding an attorney is a frustrating process. You have to review their reputation, customer service, the services they offer, and the cost of the service. If you are in Chula Vista, feel free to contact the Chula Vista Criminal Attorney at 619-877-6894. We are a criminal defense firm that helps clients of different backgrounds fight the charges the state brings against them. We work with a team of highly qualified attorneys to ensure that we cover all the bases and offer adequate and affordable legal representation. Call us today and book your free consultation.

Find a Reliable Criminal Attorney Near Me

Finding an attorney is a frustrating process. You have to review their reputation, customer service, the services they offer, and the cost of the service. If you are in Chula Vista, feel free to contact the Chula Vista Criminal Attorney at 619-877-6894.

We are a criminal defense firm that helps clients of different backgrounds fight the charges the state brings against them. We work with a team of highly qualified attorneys to ensure that we cover all the bases and offer adequate and affordable legal representation. Call us today and book your free consultation.

Chula Vista Criminal Attorneys are very knowledgeable and helped me every step of the way. The staff are very professional. They helped me get through my charges and put my mind at ease. Thank you!

Chula Vista Criminal Attorneys are the best in town. Being charged for crime can be really stressful and life changing. The attorneys helped me every step of the way and let me know all my...

Great experience starting from the consultation to the end result. They listen to you and take the time to answer all your questions. I highly recommend them!

Kerry S. and his team helped me through my criminal case. I was pulled over and charged for DUI and had prior offenses. They were able to dismiss my DUI charge and am very thankful I found them!